Construction is now underway on the Belconnen Bikeway. The new bikeway will deliver a network that makes it easier for people to access the Belconnen Town Centre, providing better links to the surrounding suburbs. It will benefit both commuters and locals who just like to get active.

It will start on Coulter Drive in Florey and continue along the old busway on Joynton Smith Drive to the Belconnen Town Centre, continuing along Emu Bank through to the University of Canberra to Haydon Drive via College Street.

We will also be planting around 200 trees and approximately 4000 shrubs.

Take a look at the final designs.

Belconnen Bikeway from TCCS on Vimeo.

The following temporary footpath, road and pedestrian crossing closures will be in place as required as construction is underway.

April 2020: We've hit six months of construction on the bikeway!

We'll update the below as construction progresses. 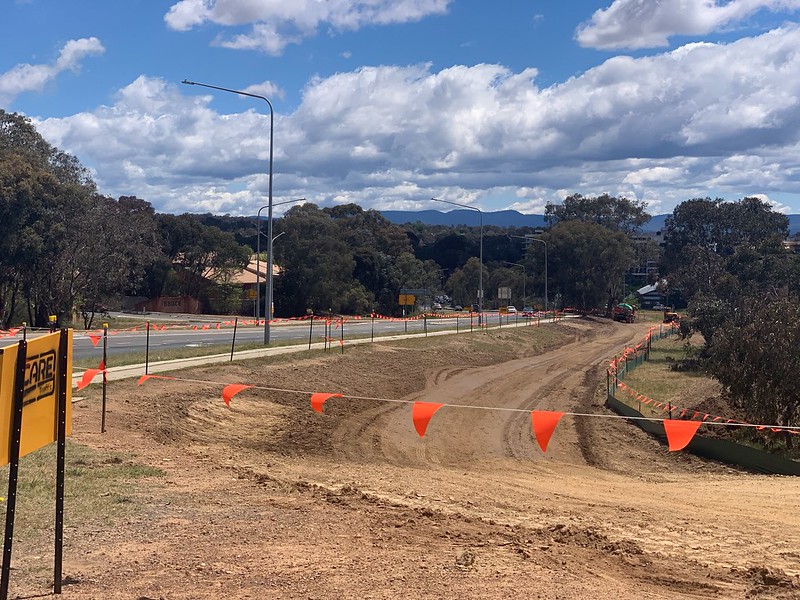