Being a cat owner is enjoyable and rewarding however brings with it responsibilities.

As a pet owner, it is your responsibility to ensure your cat is happy and healthy and is not negatively impacting the community in any way.

An ACT study revealed domestic cats are responsible for killing a total of 67 different species of birds and animals. You can reduce the risk to native wildlife by keeping your cat indoors, particularly between sunset and sunrise and by putting a bell on your cat's collar to provide a warning to other animals.

Cat containment areas in the ACT

How do I contain my cat?

Further information on ways to contain your cat are also available on the RSPCA website and Conservation Council website.

Why contain my cat?

Cats are natural predators and domestic cats have been shown to hunt and kill a wide variety of native and non-native wildlife in our region, as found in an ACT study. Many Canberra suburbs are close to nature reserves, areas set up to protect native wildlife. Allowing cats to wander away from their home brings them into these protected areas where they can prey on small birds, reptiles, and small mammals.

The benefits of cat containment are not only felt by our native wildlife. Cats are very adaptable creatures and respond well to being contained. The risk of injury faced by wandering cats (fights with other cats, traffic risks) is avoided. 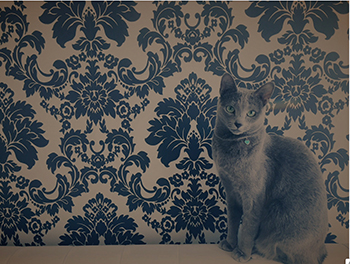 What If I live in a containment area and dont contain my cat?

TAMS' Rangers are able to seize cats found in a declared area. An infringement notice of up to $1,500 can be issued to the keeper or carer of a cat that is not complying with the cat containment requirements.

How do I contain my cat?
Cats can be contained to the premises in a number of ways, including by keeping them indoors or by using a purpose built cat run that provides adequate shelter and access to an outdoor area.

What's the purpose of cat containment?
Cat containment aims to protect native wildlife in areas where cats pose a serious threat and has been implemented in some of Canberra's newer suburbs.

Does cat containment have any other benefits?
Yes. A 2011 study showed contained cats live longer and are less likely to suffer diseases or sustain injuries through fighting with other cats or dogs, misadventure or being hit by cars.

What other suburbs are being considered?
Other new suburbs in Gungahlin and Molonglo Valley are likely to be declared in the future, consistent with the Molonglo Valley Plan for the Protection of Matters of National Environmental Significance (the NES Plan) and the Gungahlin Strategic Assessment Biodiversity Plan (PDF 1.3MB).

What if I don't contain my cat?
Cat owners found not complying with cat containment legislation in a declared area may be issued a penalty of up to $1,500.

What should I do if I see a cat roaming in a cat containment area?
Domestic Animal Services (DAS) is responsible for administration and regulation of the Domestic Animals Act 2000 including cat containment compliance and enforcement. If you observe a roaming cat in a cat containment area you can contact DAS for advice by email or on 13 22 81. Please be aware that DAS responds to a number of domestic animal matters and respond to matters in order of priority (i.e. aggressive dogs and dog attacks being more urgent). As such, a DAS ranger may not be able to respond immediately to your concerns regarding a roaming cat.

Cats are notoriously difficult to catch and rangers often attend call outs where the animal has since left the area and cannot be located. To assist, you may be able to provide the details of the owner or a description of the cat. Alternatively, if you feel comfortable doing so you may wish to raise the issue with the owner of the cat.