State of Alert in place in the ACT

A State of Alert is in place in the ACT. For more information on what this means, what you need to do, support available and government service changes, visit the Emergency Services Agency website.

During the 1990s a number of ovals were converted to dryland (non-irrigated), reflecting their low usage levels at the time. Unlike sportsgrounds, Neighbourhood Ovals are not irrigated and so are not suitable for organised, formal sporting use. They also don’t have facilities such as pavilions, toilets, change rooms, canteen facilities and match play lighting but they are a great space for informal recreation and a play space for the local community.

Neighbourhood Ovals are mown on the same cycle as other suburban mowing, around six times per year depending on the season. The surface is also inspected periodically to ensure it is in a safe condition.

The appearance of Neighbourhood Ovals is dependent on rainfall. Like other non-irrigated open space areas, they will appear green when rainfall is sufficient but will brown off in dry times.

The ACT is fortunate to have access to 880 individual irrigated sportsgrounds and there are no plans to reinstate irrigation at Neighbourhood Ovals. To do so would require considerable investment to re-establish the required soil and grass cover and renew irrigation systems.

Community ideas about how to manage and activate the valuable open space of Neighbourhood Ovals are welcome. You can get in touch with us at sportsgrounds@act.gov.au.

Work has begun to reactivate the Higgins neighbourhood oval for use by local sporting teams for games and training and to improve the overall user experience. As well as use by sporting clubs, the oval will be an active green space for the community to use as well. The two fields will have multiple configurations to cater for rugby league, rugby union and Oztag. The new pavilion will include toilets, changing areas, a canteen and storage space for sporting groups.

Features of the new sportsground will include:

Works are planned to be completed in early 2020. 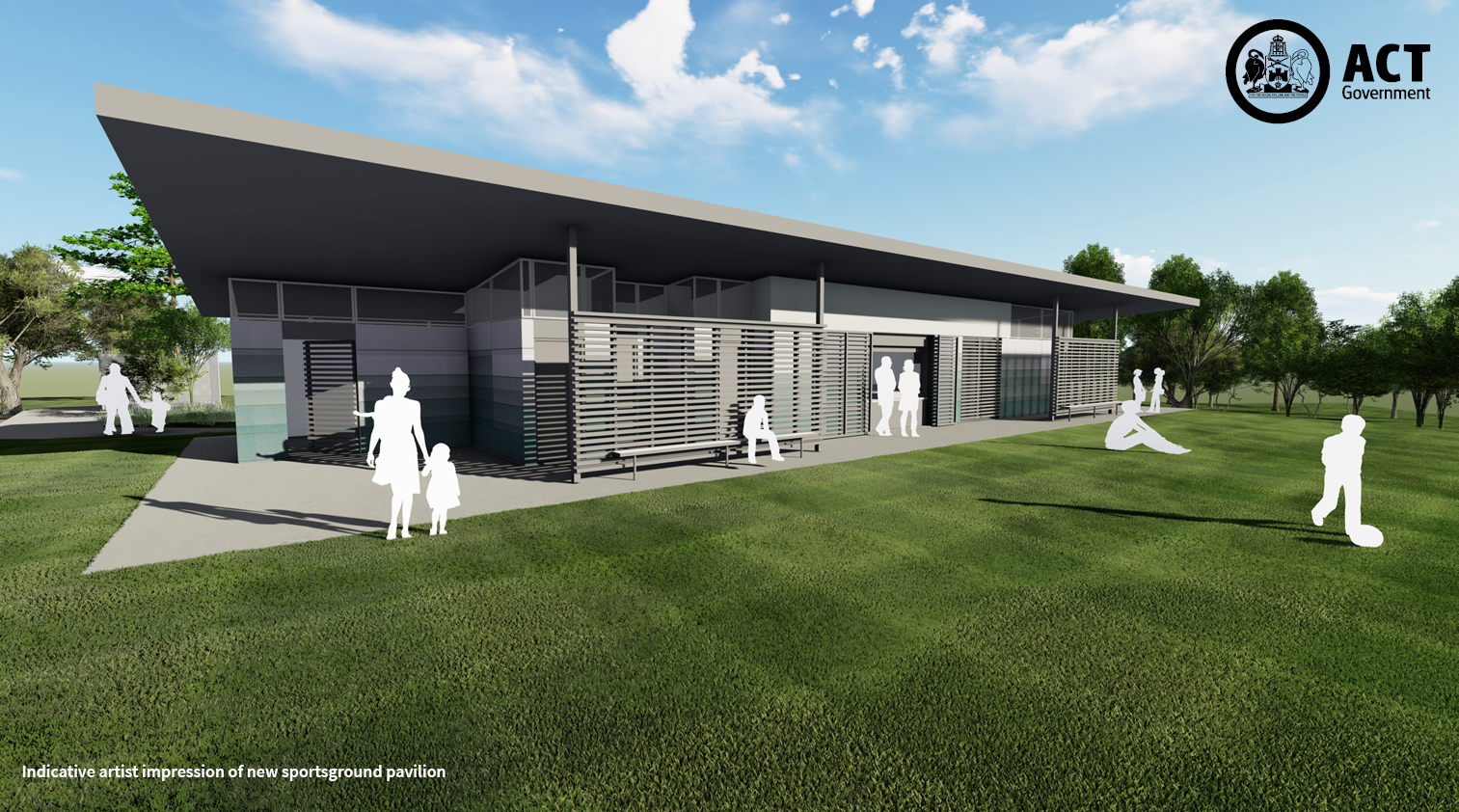 Sport will continue in all-weather at Nicholls Neighbourhood Oval with a new synthetic turf replacing the oval's previous ageing surface. The upgrade includes two new synthetic playing surfaces and reconfigured line markings to accommodate a greater range of sport. The existing 300 metre running track has also been replaced along with a rubber underlay—or ‘shock pad’—to help lessen impact on joints and provide better support for users.

Waramanga Oval has received upgrades in time for the winter sport season. The changing rooms, toilets and canteen have been upgraded to improve amenity and functionality, as well as a new water refill station and covered barbeque area. The upgrades feature a number of smart technologies and sustainable design including remote activation of external doors and the sportsground floodlighting systems, remote monitoring of waste levels and efficient LED internal and external lighting. All the existing benches have been replaced with seating made from environmentally friendly recycled material. In addition to the physical upgrades, Waramanga oval now sports a new mural on the pavilion and artwork painted on the sportsground light towers by local indigenous artist, Kristie Peters from Yarrundhamarra Creations and local school children.