There are currently three cemeteries in the ACT; one in Gungahlin, one in Woden, and a small cemetery for long-time residents of the Hall community. The Woden Cemetery, which is currently the only southern facility, is predicted to reach capacity in approximately ten years.

The ACT Public Cemeteries Authority has been developing a proposal for a Southern cemetery for a number of years in an area to the South of Mugga Lane. In response to a recommendation from the ACT Public Cemeteries Authority, the then Chief Minister, Jon Stanhope, announced on Friday 6 February 2009 that Canberrans will be able to have their say on a new cemetery and possible crematorium for Canberra's south. Due to its proximity to residents in Woden and Tuggeranong, as well as main transport routes, the proposed site also makes it a suitable location for a new cemetery and possible crematorium.

The cemetery would be developed in stages and cater for Canberra's needs for up to 80 years. It would incorporate sustainable design elements including the ability to use surface water and ground water for irrigation and toilets, on site recycling of waste water and alternative energy sources. Extensive plantings would be undertaken to create a peaceful and natural environment. About 70% of Canberrans now choose to be cremated and any new cemetery would need to recognise that cremation is an important option. A new crematorium, and associated memorial areas, for southern Canberra would be more convenient for southern residents.

A discussion paper providing further detail on the suitability of the proposed southern cemetery site on Mugga Lane, as well as results of planning and environmental assessments was released for further community comment. The public comment period closed on Tuesday 16 March 2010.

The discussion paper was prepared to provide detailed information on the issues raised during community consultation conducted in 2009.

Results from independent assessments on planning (including heritage issues), air quality impact and financial modelling for a crematorium is contained within the paper. A key issue raised by the community was around the potential environmental impacts of a crematorium located on site. An independent air quality assessment of a proposed crematorium shows that any pollutant concentrations produced would meet current air quality criteria and that the proposed operational activity would have insignificant impacts upon the surrounding environment.

It is important to remember that no decisions have been made regarding a proposed new southern cemetery development in south Canberra. Development of a new cemetery to cater for the Canberra community would not be operational until 2013 at the earliest.

A copy of the Proposed Southern Cemetery Discussion Paper is available for download below.

Public comment on the discussion paper has now closed. 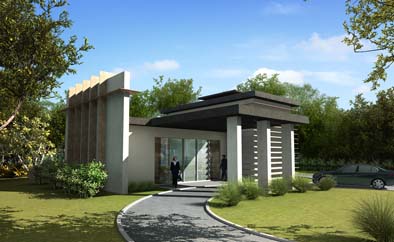 The ACT Public Cemeteries Authority and ACT Government held meetings with representatives from key stakeholder groups during February and March 2009 to seek input to the consultation process.

The community consultation program ran from March to May 2009 and included a random telephone survey of 1,000 residents, online and hard-copy surveys, a letterbox-drop to eight Tuggeranong suburbs, information displays and drop-in consultations at three public libraries, stakeholder meetings and a community information meeting.

The first stage of the community consultation program closed on Friday 29 May 2009.

It is important to remember that no decisions have been made regarding a proposed new southern cemetery development in south Canberra.

The Proposed Southern Cemetery Consultation Report was made available for public comment. A copy of the report is available for download below.

Written comments on the preliminary consultation report has now closed.